Our Favourite Speakers of 2016

There are plenty of speakers: on the speaking platform, media and podcasts/vlogs. I am going to share some of my favourite speakers this year.

You will probably notice that in my list, I have chosen people who really engage. There are lots of people who are speaking and sharing their opinions. I read a very interesting article by an esteemed speakers’ bureau CEO who argues that there are plenty of speakers who regard themselves as experts. However  he argues that an opinion doesn’t mean you have ‘expert’ status. Read the article here. It is an interesting read: I agree that having an opinion does not mean you are an expert and of course the CEO is wanting to promote his speakers who are regarded as leading experts. I have sat through talks and listened to people who REALLY DON’T know their facts: they are sharing their opinions on a topic, which of course is ALLOWED, but does that make them speakers?

On more than one occasion, I have questioned certain ‘facts’ from speakers – on one occasion this year, a well known Radio 4 journalist was using his own bias and opinion to argue a point, and I pulled apart his opinion to which other members of the audience joined me. This wasn’t an expert, but someone giving an uninformed opinion on a hot topic (Brexit). It left me feeling disappointed. There is nothing wrong with people giving their argument – debate is good, but bias and ignorance packaged as expert status is frustrating for an audience. 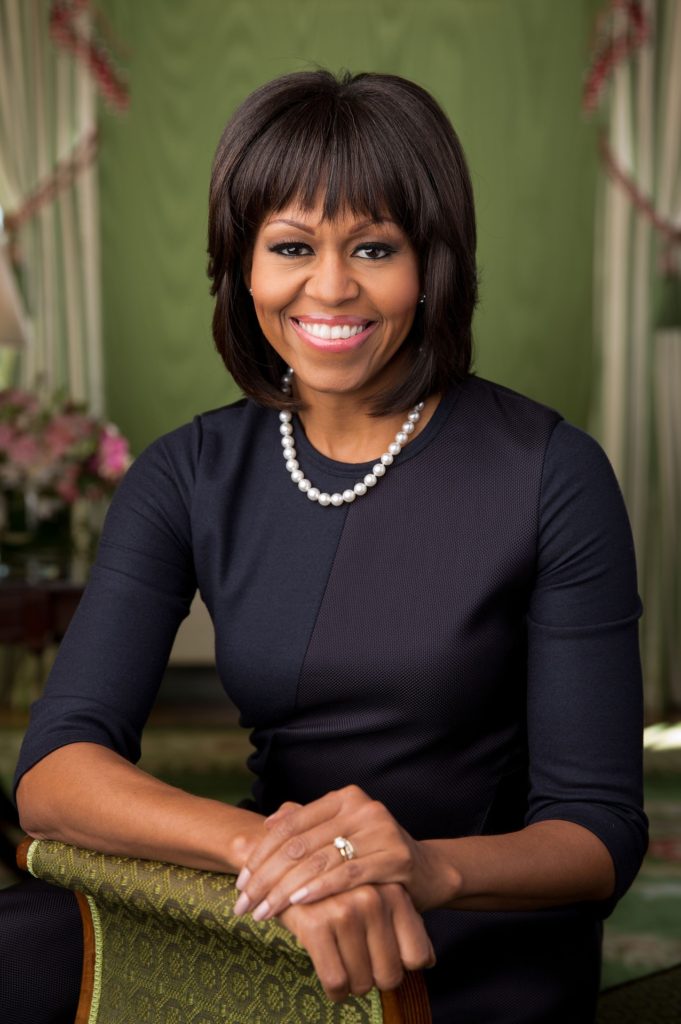 Anyway: getting back to who I believe was a great speaker this year, I have chosen people who really connected with me; who are experts and speak from the heart.

Michelle Obama: no one could deny that Michelle is a phenomenal speaker. She has such charisma, truth, honesty and humanity when she speaks. She is an expert as she has been a First Lady and on the international stage for eight years. I have so much time for her. Whenever she speaks, she connects with her audience because she speaks from the heart.

Nadiya Hussain: I love this lady. She is so natural and passionate about food, story telling and cooking. Of course she is an expert cook and baker: She is a GBBO champion, but she isn’t pompous in any way. Check out a programme on the radio where she can’t fail to connect with you. Listen here.

Amy Cuddy: Amy’s TedX Talk did more for people wanting to manage their anxiety when they speak than hours of expensive NLP training. I saw Amy speak in February, and her performance was authentic and engaging. She cited proven examples based on her research and didn’t use speaker ‘techniques’ to ‘engage’ the audience, but spoke from the heart and TOTALLY engaged her audience!

Mo Farah: no one could deny Farah’s expert status as a long distance runner, athlete and champion. He has had an astonishing 2016 by anyone’s standards! Yet he remains grounded and practical. He says his success is down to hard work and considerable sacrifices: such a refreshing approach when there are so many ‘success’ speakers who don’t mention the hard work! He comes across so well in TV interviews, particularly for his honesty.

Niels Brabandt: I was blown away by a recent talk by the amazing Niels Brabandt earlier this year. I saw him at a PSA meeting in Milton Keynes. Niels’s talk was based on facts: he had conducted extensive research and was able to use examples during the talk and also for the Q and A section. His  delivery was confident yet full of warmth and humour. A proper expert who was able to engage with his audience. Here is information on Niels.

There is a blend of skills and characteristics that make someone a good speaker and communicator. If you would like to discuss how I could assist you with your speaking contact me.

Thatcher: most influential woman of the last 70 years
Next Post: Superstar Communicator Podcasts of 2016